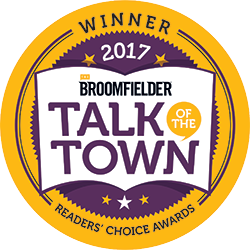 Born in 1962, Dr. LeBlanc comes from San Mateo, California. She studied Human Biology at Stanford then moved on to medical school at UC San Francisco and residency at Oakland Children's Hospital. She then came to APA and has been practicing here since 1994. Dr. LeBlanc believes that patient and parent education are the foundations of establishing healthy lifestyles at an early age, which will lead to improved health throughout life. She also stresses the vital role that the family must play in supporting healthy children. When out of the office, Dr. LeBlanc likes to run, hike, cook, garden, and snowshoe with her husband Bill and boys, Dane and Ryan. They also enjoy hosting international exchange students.

A native Coloradan, Dr. Abbey was born in Ft. Collins in 1970. He studied medicine at the University of Colorado Health Sciences Center, receiving his medical degree in 1996. He then completed his pediatric residency at the Children's Hospital in Denver. With a motto: "It is a pleasure and a privilege caring for your kids!", Dr. Abbey has brought his energy to APA since he began practicing in 1999.  He is also a clinical instructor of pediatric residents for the Children's Hospital. He has two children: William, born in 1998, and Jackson, born in 2003. On days off, in addition to playing with his kids, Dr. Abbey enjoys tennis, skiing, and golf.

Dr. Mercer joined APA in August 2008 after practicing pediatrics in Massachusetts for four years. She grew up in Arizona and then studied Biology at the Massachusetts Institute of Technology. She earned her medical degree from the University of Arizona and completed her internship and residency training at Stanford University. Dr. Mercer enjoys working with children and their parents to foster a healthy environment for children to grow up in. Her favorite part of her job is building strong relationships with families and watching children grow up to realize their potential. She and her husband Ken love being parents to their two children, Avery and Miles. Dr. Mercer is looking forward to continuing to explore Denver and also enjoys hiking and yoga.

A transplant from the panhandle of Texas, Dr. McHugh comes to APA after almost 5 years of practicing at Children’s Hospital of Colorado Network of Care. She came to Colorado after a few back and forths across America, attending undergraduate at The University of Texas at Austin, teaching high school in San Jose, California, returning to Texas for medical school at Baylor College of Medicine, and completing residency at Cincinnati Children’s Hospital. Her passion is educating patients and parents about how their bodies work and what makes them work better. She believes that armed with knowledge, everyone can lead healthy and fulfilling lives. When she is not at work, she enjoys taking her dog for long walks, picking weeds out of her garden and spending time with her husband. Dr. McHugh joined Arvada Pediatrics in April 2015.

Sherrene was born and raised in Cheyenne, Wyoming. She received her undergraduate degree from the University of Wyoming in 2004. Sherrene moved to Colorado in 2006 to begin her training as a Physician Assistant in the University of Colorado's CHAPA program, graduating in 2009. She then practiced general pediatrics for 7 years prior to joining APA. She is looking forward to meeting and caring for the patients and families at APA. Sherrene believes the role of a provider is not only to treat ailments but to educate in the prevention of illness and advocate for healthy lifestyles. She and her husband Kevin have two beautiful daughters, Everly and Nora, who are Sherrene's favorite pastime outside of the office.

Callie is so excited to be joining Arvada Pediatrics! She was born and raised in Texas and received her undergraduate degree from Baylor University in 2014. Callie moved to Colorado to attend the University of Colorado Child Health Associate/Physician Assistant Program and graduated in 2018. She believes it is truly a privilege to care for children. She looks forward to helping patients and their families foster a healthy environment to grow and thrive in. When not working, Callie enjoys spending time outdoors with her husband and their dog!

Please note that, in order to protect our vulnerable patients and staff, we continue to require face coverings for all visitors to our clinic over the age of 2 years, regardless of vaccination status.